A summary of fat characters in films I saw over the last month but didn’t write about.

This romantic drama follows Margot (Michelle Williams), a writer who finds herself torn between her loving, stable marriage to chef Lou (Seth Rogen) and her prickly, burgeoning crush on their rickshaw-driving artist neighbor, Daniel (Luke Kirby).  I was hesitant to include this because Rogen is thinner in this film than most of his work (he made this film around the same time as Green Hornet), but I decided to go with it as the film juxtaposes him with Daniel, who is very athletic (literally spending his days running around Toronto). 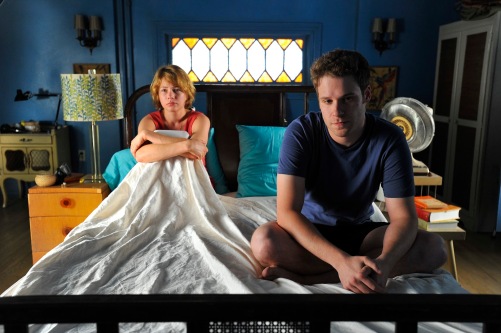 A remake of a  1955 heist film that pits a group of thieves against an elderly Christian woman (Irma P. Hall) who unknowingly rents a room in her house to their grandiloquent ringleader (Tom Hanks).  In true Coen fashion, the film is peppered with idiosyncratic fat characters: a sweaty, easily-bribed boss (Stephen Root); a security guard who is constantly laughing and surrounded by food wrappers (Walter K. Jordan); a deputy sheriff who frequently naps at his desk (John McConnell).

One of Pixar’s best, in a world… where superheroes are forced into hiding as normal people, Mr. Incredible (Craig T. Nelson) struggles to ignore his and his family’s special abilities.  Having to live as insurance agent Bob Parr, he gains weight and is referred to as fat at least a few times, but is still able to fight well enough to defeat a massive killbot single-handed.  Once he has the opportunity to put his super-strength to use again, an exercise montage helps him get back his trimmer physique.

I usually don’t include fat people in documentaries that I see; in most cases, a subject being fat is happenstance.  That is the case here– a profile of Louise and Martine Fokken, Dutch twin sisters who were sex workers in Amsterdam’s red light district for over 50 years, and just happen to be fat (although photos show that they were slimmer in their youth).  Although fatness isn’t explicitly discussed, they are contrasted with their slimmer, younger colleagues and laughed at by some passerby.  The idea of older, fatter women being sexually active, as well as objects of desire, is unthinkable to many people; making it the subject of a full-length documentary is a necessary subversion of assumptions about who sex workers are. 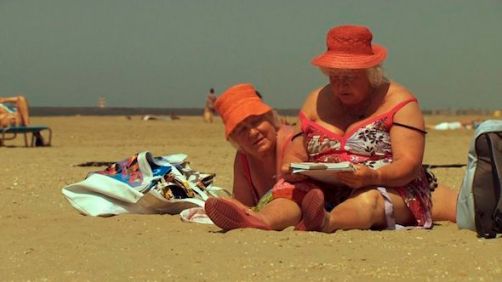